We are thrilled to announce that our school has successfully achieved the 360 On Line Safety Mark for the second time! Assessors stated,

‘… the contribution of young people has been significantly enhanced and they really do make a difference to ensuring everyone is safe on line’.

Obviously, during the current times, this is even more critical. Our huge thanks to our Digital Directors and the Shout It Out digital group for all of their fantastic contributions.

At the end of last term, staff were thrilled to hear this Ode, written and read by Harri, who was leaving us at the end of his time in Llanfaes. Pob lwc Harri – we have fond memories of your time with us too!

When I started Tots and thought it was heaven

With Miss Jarman it was

On to Nursery with the wonderful Miss Thompson

With Miss Bufton the year ended

Wish her time in Llanfaes

Could have been extended.

We were lucky to have Miss Thompson again

Until baby Harri was delivered by the crane

Mrs Purnell took over the reins

I remember lots of fun and games

On to Year 1 with Mrs Thomas

Or was she Miss Jones, I can’t quite remember

She really is the best

The story of ‘The Hungry Caterpillar’

Mrs Francis we met in Year 2

But the months were too few

As you went off to have a baby

Could our paths cross again, one day- maybe?

Mr Davies – Year 3 was to be our first encounter

I learnt ltos by by favourite ws hearing about the Roman founder.

Lucky to have you once more

But we didn’t play well –

Year 5 was so much fun

To Manor Adventure, learned to shoot a gun

The great outdoors and why the world got hotter.

Mrs North you’ll always be my hero, making learning so much fun

I never thought I’d grasp it all, but you showed me how it’s done.

Mr Davies – to inspire and to motivate, so that I can learn and grow

To go into this big wide world that has it highs and lows.

I’ll miss your Flipgird updates and your funny ‘hwyl fawr’ I’ll be yearning.

Finally, Mrs Lawrence, when I first began in school, I found you a little scary,

But soon learnt you were more like a caring fairy.

The encouragement you bring

I think you deserve a BIG glass of GIN

As in this pandemic everyone has looked to you!

It just leaves me to say

Thank you for all you’ve done

You’ve made me feel Number 1.

You all gave me support, smiles and cheers

These memories will stay with me for years and years!!

Harri Dummett and his Mum!

WHAT HAPPENS IF THERE IS A POSITIVE CASE OF COVID IN SCHOOL?

We hope these points will clarify the process. Please note, these are correct at the time of writing them, but the situation remains fluid and as a school, we are constantly adapting to new guidelines and events!

Thank you for continuing to support us in keeping the children and adults in our school community safe.

The staff have been working hard over the last few weeks to make sure the school is safe and welcoming for your return – beginning tomorrow.

Mrs Lawrence has made a short video about your return, reminding you that some things are the same, some a little different.

We can’t wait to see you all!

As September approaches, please find key points from the full document shared before we finished in July. Each year group was individually notified on Schoop re whether to attend Thursday or Friday of the first week back.

Drop off and Pick up

Little Stars- To enter via Main Door at usual time

Any child showing symptoms will be immediately isolated (isolation room will be in the Teacher’s Centre) and will have to be collected from school immediately.

All parents MUST update contact detail forms by Tuesday 8th September in order that we can comply with Track, Trace and Protect procedures and in case of a child becoming ill.

Here is a link to the full document as previously shared.

As part of our Shout It Out Friday session, the Learning Detective Group have taken over the writing of the school monthly newsletter. Their first one has been produced and a link to it is below. They have independently decided on it’s content, written the articles and arranged it. We think they have done a great job using many skills. Can’t wait for January’s now!!

We are very proud of our Parti Unsain group for participating so well in the recent Urdd Eisteddfod in Cardiff Bay. The group performed to an excellent standard representing themselves and the school superbly. Gwych!! 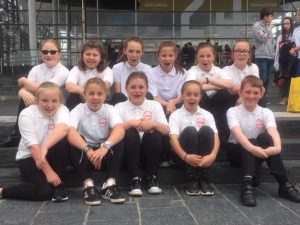 We are very proud of our new school councillors who recently participated in a Powys County Council ‘Have Your Say Day’ for primary school children. They participated in a variety of workshops, giving their views on a range of things about schools and education. They were certainly following Article 12 of the Rights of the Child. We look forward to seeing how their opinions affect schooling in Powys! 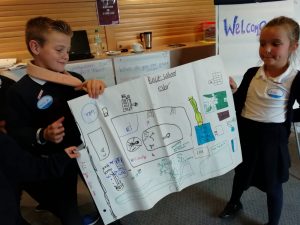 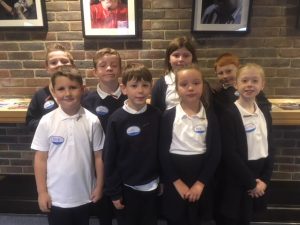 Many congratulations to the children and staff in Camau Bach who recently received the Gwobr Bach a Iach Award for their work on food and fitness development in our 3+ setting. This is part of the Healthy Pre-Schools Scheme. Fantastic! 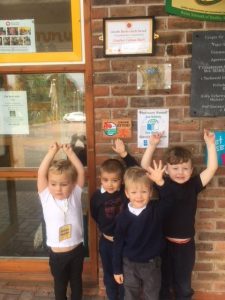 Our school is considered across the County and the region of ERW as a progressive and innovative school. This is a clear recognition of the professionalism and dedication of all staff. As you know we are currently working as a Curriculum Pioneer School to help shape the new curriculum for Wales, a draft of which will be available in 2019. As Headteacher, I have been selected, along with 11 other Headteachers from across Wales, to contribute to another key Welsh Government initiative – the National Academy for Educational Leadership. It is a fantastic reflection on the school that we are involved in these reforms. The learning we bring back to school is invaluable and helps us to sustain our own improvement journey. Significant additional funding for being part of these has also enabled us to maintain staffing levels, send staff for training and fund projects in school, benefitting all pupils across the school.